I grew up in a household which loved Humperdinck’s Hansel and Gretel. My mother had played a part in the production in St. Louis as a child, twice it seems, in the Kiel Auditorium. She played a bird, in the forest scene with the animals, and a fairy or angel in another production.

The instrumental played when the fourteen angels come to guard Hansel and Gretel as they fall asleep in the forest was part of my mother’s repertoire of nursery songs.

But, it was not until today, that I realized the true meaning about the fourteen angels. 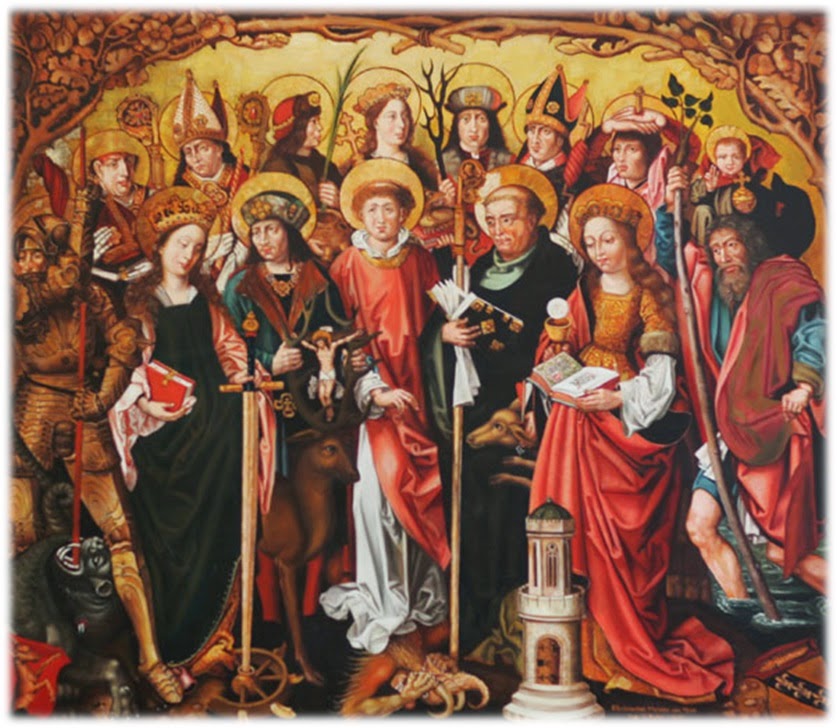 The words to the song are:

When at night I go to sleep,
Fourteen angels watch do keep,
Two my head are guarding,
Two my feet are guiding;
Two upon my right hand,
Two upon my left hand.
Two who warmly cover
Two who o’er me hover,
Two to whom ’tis given
To guide my steps to heaven.**
Sleeping sofly, then it seems
Heaven enters in my dreams;
Angels hover round me,
Whisp’ring they have found me;
Two are sweetly singing,
Two are garlands bringing,
Strewing me with roses
As my soul reposes.
God will not forsake me
When dawn at last will wake me.***

The original song or poem dates back much earlier than this German operetta, to the prayers of the Fourteen Holy Helpers of Fourteenth Century Germany. These holy saints were invoked against diseases and disasters.

The list is impressive, and includes St. Giles, who feast day it is tomorrow, September 1st.

Like most websites, etheldredasplace.net uses cookies to ensure that we give you the best experience on our website. If you continue to use this site we will assume that we have permission for this. We do not store any personal data. Ok